Emerita is assembling a portfolio of high-quality development assets in the region of Southern Spain. The Company is currently going through public tender processes for two projects in the region: the Aznalcollár Project and the Paymogo Zinc Project. 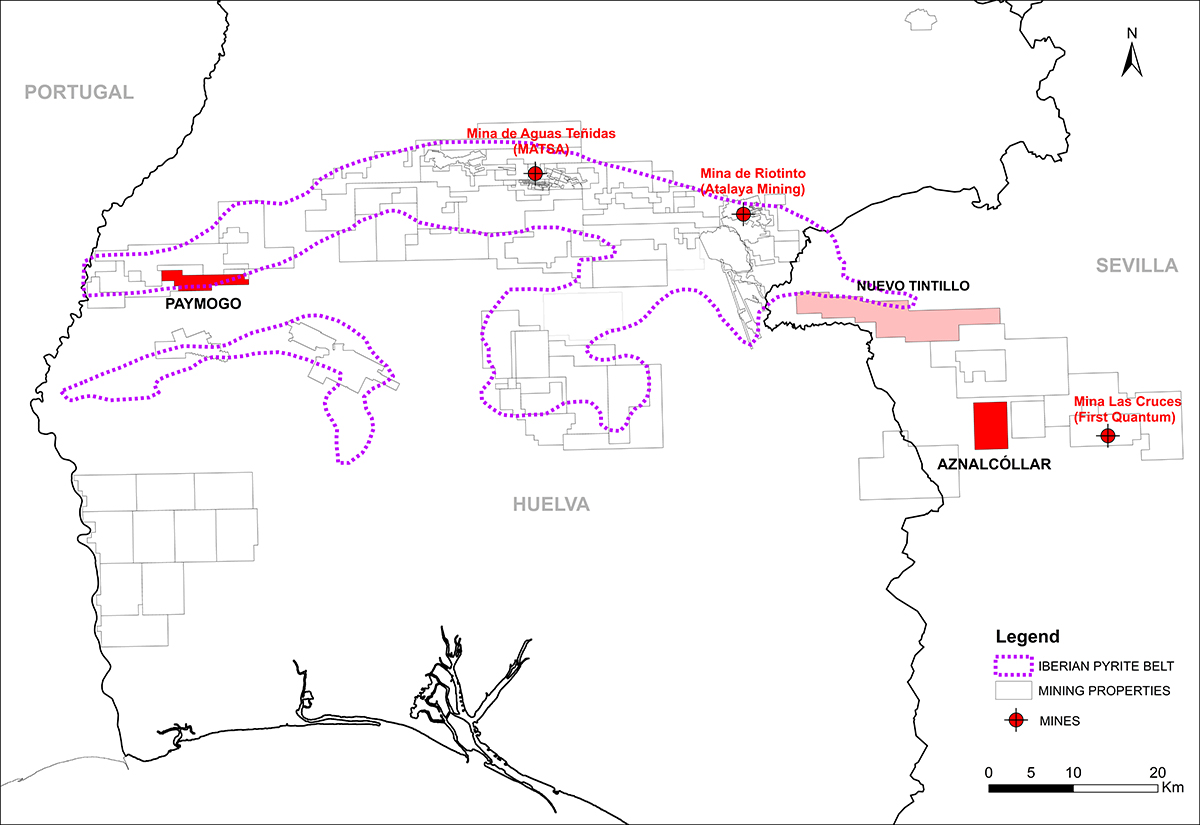 The deposit thickness ranges between 30 and 90 metres. The thickest section of the ore body lies below 150 metres depth from surface. The Los Frailes and the previously mined Aznalcóllar deposits are both open for further expansion by drilling at depth, as historical drilling was primarily constrained to depths accessible by open pit mining.

Emerita has completed extensive engineering, environmental and water management studies as part of the public tender process. The Company is expecting resolution of the current appeals court process and plans for a successful acquisition.

The Paymogo Project is located in Southwestern Spain close to the border with Portugal. Geologically, the project is underlain by rocks of the Iberian Pyrite Belt (IPB) which is a prolific VMS terrane with numerous current and past producers of base metals sulphides. Paymogo hosts two previously outlined deposits named La Infanta and Romanera, with both deposits remaining open at depth.

In 1975, Asturiana de Zinc S.A. acquired the exploration rights and signed a JV agreement with Phelps Dodge Española, S.A. Phelps Dodge kept the project and completed a feasibility study to ship the ore to “Cueva de La Mora” mine, about 30 km to the north. The project was never implemented, and in the late 1990’s, the exploration licenses returned to the state as “strategic resources”. La Infanta has over 5,000m of drilling done on the property with historical resources of 2Mt at very high grades. The project provides for high geological potential for growth with low environmental risk.

La Infanta has provided very high grade intercepts and is only drilled to approximately 100 metres depth. See the Table 1 below for a list of La Infanta drill intercepts. 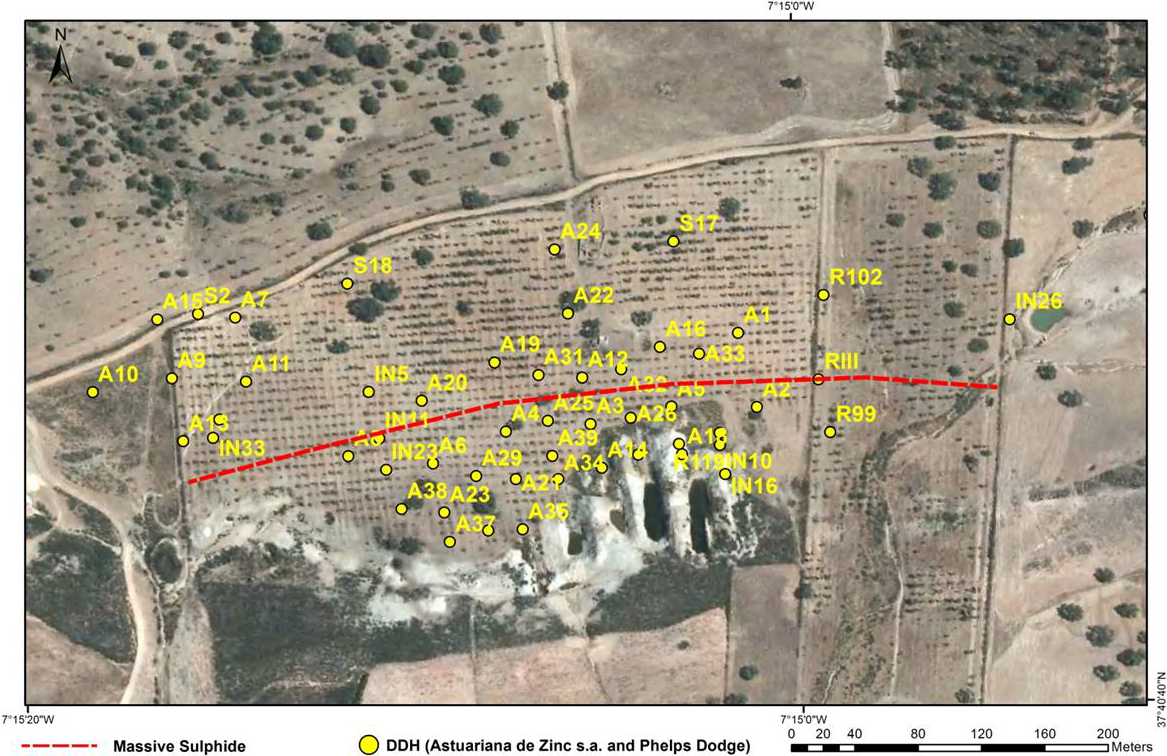 Romanera is a larger sulphide deposit which is located approximately 7 km to the west of La Infanta. During the 1960’s, Asturiana de Zinc explored the deposit which resulted in over 10,000 metres of DDH and 7.4Mt reported resources. Between 1990 and 1995, Rio Tinto Minera S.A. controlled most of the IBP, including La Romanera. In 2003, Matsa, Trafigura’s subsidiary in Spain acquired the “Aguas Tenidas” mine and acquired a large land position in the IBP which included the La Infanta and Romanera prospects. Matsa did not carry out exploration work on the property as it focused on the Aguas Tenidas mining operation. Historically, Romanera has over 20,000 metres of drilling don on the property and provides strong geological potential for growth. Romanera has a historical resource of 34Mt at moderate grades including 11.2Mt at high grades.

The following historical resources were reported for La Infanta and Romanera: